Batavia (Jakarta) on the island of Java Indonesia was the headquarters of the Dutch East India Company and was founded in 1619. It featured magnificent homes of wealthy Dutch merchants.

PART 3: FRANZ BESSELL IN SUMATRA AND HIS ARRIVAL WITH HIS SON IN AMERICA

Franz Bessell was born in Minden, Westphalia in Germany. His father was a civil servant and his family was very large. His brother was Frederick Bessel, the  famous astronomer and mathematician who was the first person to determine reliable values for the distance from the sun to another star by the method of paralix. A special type of mathematical functions were named Bessel functions after his death.

Franz Bessell’s obituary from the diary of William Bentley, D.D. the pastor of the East Church in Salem Massachusetts reads as follows: “Last night died in Beverly, F.L.A. Bessell Esq. aged 55. He had lived 22 years upon the western coast of Sumatra and chiefly at Padang and had formed a friendship with Captain Joseph White of this town and by him was persuaded to come to America. He has been several years a resident of Salem and for the first part of the time in my neighborhood. He had every honor his situation in Sumatra allowed and passed with us as the Governor. He has lately purchased a farm at Londonderry and another very lately in Upper Beverly three miles from Salem at which he died. He has visited different parts of our Country. He has been noticed for his hospitality but nothing has been done since his arrival in America to bring him out of his first circle of acquaintance and while all were willing to give him the common tokens of respect, few speak of him as known to them.”

In an entry in Reverend Bentley’s diary, at the death of one of Besssell’s sons we read “his father ‘was a native of Germany, and for the course of Twenty-two years was a resident of Padang, and other places on the Western Coast of Sumatra, in which time he held many posts of the greatest rank and responsibility in those colonies. He died at his country seat in Beverly, Mass., 21st Aug., 1810, 55 years, and was buried in Salem.’

Entrance to the Padang River.

So the life story related by Reverend Bentley is one of a very wealthy man who kept to himself. One interesting item in this entry is the fact that he owned a farm in Londonderry, NH., which gives a clue as to why his son might have been drawn to Windham, for the site of his “camp.” I have seen the deeds for the Londonderry property where he purchased the farm of Robert Archibald, December 9, 1809 for Two Hundred Dollars. Through another deed we learn that the Londonderry property was sold after his death. In the deed of February 24, 1814, signed by his executor, Joseph White Jr., the farm was sold back to Robert Archibald for six hundred dollars. We also learn on this deed that Mr. Bessell’s full name was Francis Lewis Alexander Bessell, Esq.

Much of the following information about Franz Bessell comes from the book, Death of an Empire. The first mention of Bessell is the following: In Calcutta, Joseph White Jr. had negotiated for a fortune in cotton textiles, and then, after dropping down to Batavia to acquire first-quality sugar, he had met Franz Bessell, the Prussia-born agent of the Dutch East India Company for both Java and Sumatra. Bessell, a man who had been out in the islands too long, had recognized in White the very fellow to whom he might entrust his most prized possessions. No super cargo of Salem had ever brought home boys from his travels, but Joseph White Jr. stepped onto White’s wharf holding the hands of little Charles and Mathias Bessell, who came complete with large trust funds. Joseph’s adoptive parents helped the young bachelor in his new role as father, but they themselves had not finished with their own family.” This was in 1805. 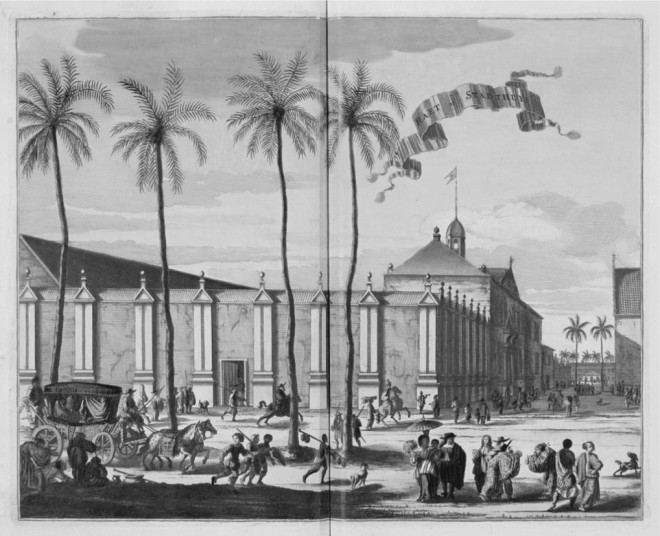 In 1806, Stephen White was employed as a super cargo on the Mary & Eliza, which was owned by his adoptive father. His older brother John White was the Captain. After trading in India, he began his homeward trip, but not before stopping in Batavia, to pick up two additional passengers, “Franz Bessell, fifty-two, and his third son Frederick, looking forward to a reunion with his two Salem brothers.”

“In 1811, on adjoining lots, overlooking the town Common, Stephen and Joseph Jr. put up splendid three-story brick mansions…” and it was here that the Bessell boys were raised. In May of 1813, Joseph White Jr. one of the richest men in Salem, died suddenly and “his passing was treated as a public calamity.”

So why do I suppose that Franz Bessel had gone native and taken up with a Sumatran woman with whom he had three sons? First, the description of him as having “been out in the islands too long.” Second, the fact that Morrison describes “Bissell” as being a “Sumatran or Malay.” While this could indicate that the children were full blooded natives adopted by Bessell, this is contradicted by the fact that everywhere they are described as Francis Bessell’s sons. Also, it is noted in several places how “Americanized and civilized” the boys had become. While we only have Morrison’s solid description of F.L. Bissell as being Sumatran, (or half Sumatran,) every indication is that they were Francis Bessell’s sons from a relationship with a native woman on Sumatra. After all, he was in Java and Sumatra for over 22 years and it would only have been natural that he would have taken up with a woman there. Next week, the Bessell brothers in America.