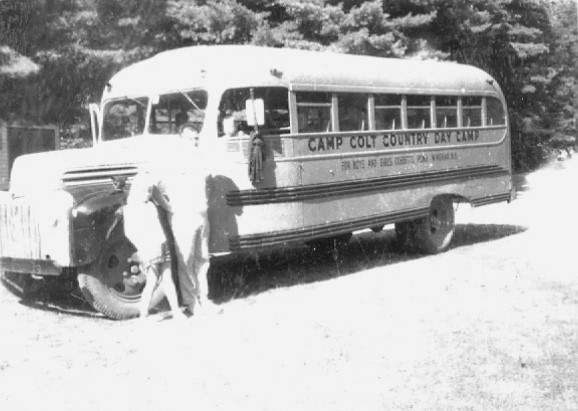 According to “Rural Oasis” “Camp Colt on Cobbett’s Pond was run by Mr. and Mrs. Alan Delaney. It opened in 1947 and functioned successfully for twenty-three years until it finally closed in 1970.”

Loraine Delaney writes in a note that, “As I told you these are the only pictures that I could find, Denise said she had some but doesn’t know where they are stashed.”

“We started Camp Colt June 1948 and it ran 24 years.  Alan received his degree in Physical Education from the University of Miami. Before that he had been a Head-liner football star player from Lynn English High School in Lynn Massachusetts. His nickname was Alan-A-Dale.”

“The camp ran for 10 weeks each summer and the cost was $7.50 a week. This included transportation to and from the children’s residence plus a carton of Milk and a lot of forgotten lunches.”

“Swimming in Cobbett’s Pond was the main spark at the camp. Alan believed that every child should learn to swim.” ( I remember learning to float on my back there.)

“We also featured other sport including water skiing in later years —” (And I remember during my time there, that on rainy days, the boxing gloves came out and everybody had a turn  at a round with another boy at camp.)

“Ceramics was the favorite craft in the Arts and Crafts program.”

“With the closing of the camp Alan worked as a Miami Stage Employee and became Jackie Gleason’s main Spot-Light operator. “

Alan and Lorraine’s son still owns the waterfront property that was once the location of part of Camp Colt. Of course, Denise Delaney is my sister-in-law, married to my brother Gardner. 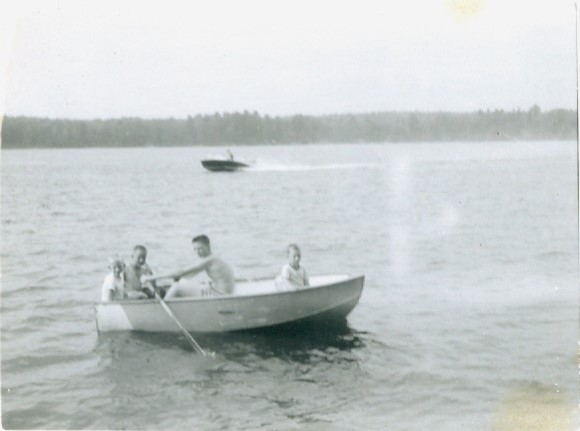