Have a Great labor Day Weekend 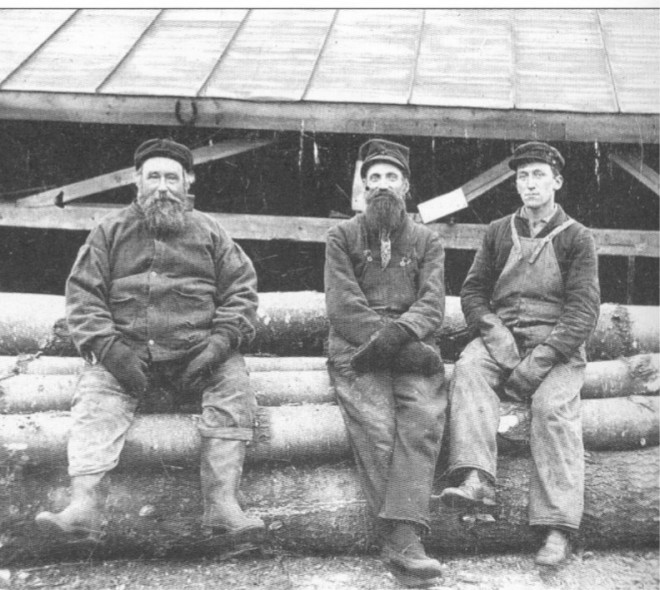 These workers at Seavey’s Mill in the Windham Depot. were from left to right, Mr. Scott, Mr. Butterfield and Mr. Easton. One of these workers died on the job after the photograph was taken, being mauled by the giant circular saw at the mill. George Seavey was one of the most prosperous men in Windham at the turn of the last century. Office jobs have there place, but there really is nothing as satisfying as working with your head and hands.