Windham and the Summit

Mattie Clarke was one of those independent woman who grew up in Windham in the nineteenth century and flourished both locally and in the wider world. Woman like Mary Bradish Titcomb, Margaret Hughes Berry, Julia Baker and many others. Mattie Clark had a demanding career both on the Summit of Mount Washington and in Ormond, Florida. Any many very successful men trusted her and sought her out for her managerial skills. She used those skills and improvised a flourishing hotel in the rustic “Tip-Top House,” after the first Summit House burned in 1908. She was there again to manage the New Summit House when it opened in 1915.

Mattie Clark’s Gravestone on the Cemetery on the Plain, Windham NH.

Not only did Mattie Smith have and interesting career but she also invested her money well, no doubt gaining insight from the many leading businessmen she dealt with and served as guests. “She was on her way north from Ormond, Florida in 1933 when sickness overtook her while in the Buttonswood Beach section of  Warwick, Rhode Island and she died at 81.”

Tim Lewis in his research provided information regarding her will. “Clarke bequeathed her farm in Windham; a cottage on Orchard Lane in Ormond Beach known as the “Coacoochee Cottage;” stock from American Telephone and Telegraph, Swift and Co., Libby; Liberty Loan Bonds; Over $11-thousand dollars to friends; a thousand dollars to both the Ormond Union Church and the Colored Library of  Ormond, the latter to be invested to provide money for purchasing books. Two thousand dollars to the Windham Cemetery to be invested for perpetual care of the family plot. The Windham Library, Presbyterian Church, the New Hampshire Orphans Home in Franklin, the White Orphans Asylum in Jacksonville, Florida and the Nashua Protestant Home for Aged Women all received money from Miss Clarke.” 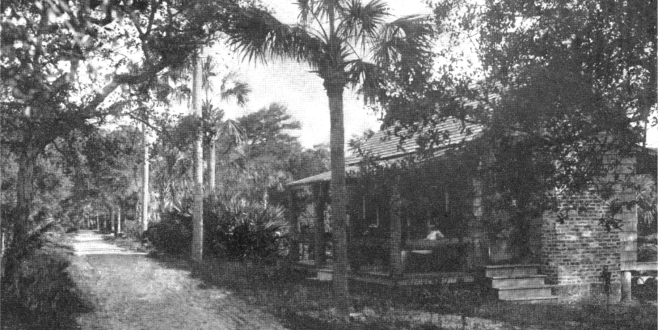