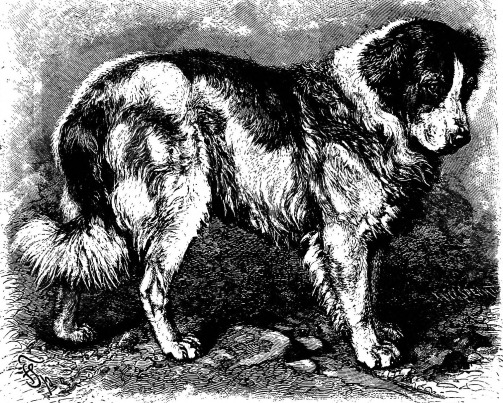 A Very Smart Dog, a Very Brave Boy and an Old Indian Chief

The following story of a boy and a dog is related about Fort George. “In account of the manners and customs of life at this period belongs to another chapter, but one tradition is here given to show the expedients to which those in the fort, during the raids of the Indians, were often obliged to resort. It is said that at one time, when the inhabitants were obliged to seek refuge in Fort George, they had no neighbors nearer than at Bath, then called “The Reach.” This place was a distant fifteen miles by water, which was the only safe way of communicating between the two posts. In Fort George was a dog which had been taught to carry letters and which would take one to Bath in about two hours time. On arriving there he would howl until he gained admission to the fort at that place, and would receive an answer, which he would as speedily fetch back to Brunswick. At last he was killed by an Indian. The garrisons were now deprived of this means of communication. An active and zealous youth undertook, however, to take the place of the four-footed messenger. “I,” said he, ” will carry your messages by water.” For two successive summers this brave youth went between the two posts, swimming a great part of the way. He went chiefly in the night-time, resting by day in the rushes that grew around the shores of Merrymeeting Bay. At length he was captured by the Indians and carried to Canada. From the latter country he soon, however, made his escape, and returned to Fort George, where he soon ” resumed his swimming mail route.” He was afterwards captured a second time by the famous Indian chief, Sabattis. What further became of him’ is unknown.”

Speaking of Chief Sabattis there is an interesting account of his meeting later in life with one of his captives. “Shortly after this event John Malcolm and Daniel Eaton were going to Maquoit for salt hay, or were returning with some, when they were waylaid by some Indians. Malcom escaped, but Eaton received a bullet in his wrist, was captured, and was carried to Canada, where he remained about a year. He was the son of Moses Eaton who was killed at Pleasant Point in 1722. According to another account, he was the son of Samuel Eaton, of Salisbury, Mass. Eaton was captured by the famous Indian chief, Sabattis, who sold him for four dollars. The only food they had to eat, on their way to Canada, was a partridge which Sabattis shot, and of which he gave Eaton all the better part, reserving for himself only the head and entrails, which he ate with apparent relish. Years after (about 1800), Sabattis passed through Brunswick, and while there entered the store of John Perry, which was on the site of the store now occupied by Barton Jordan. Quite a crowd of villagers collected to see the old chief, and Dean Swift, then a lad of eight years, was sent to inform Daniel Eaton, who was then an old man, that Sabattis was in the store. Eaton, who was at work piling shingles for Colonel William Stanwood in what is now the yard of the estate of the late A. C. Robbins, Esq., came to the store, and was at once recognized by Sabattis, who seemed to be really glad to see him. At the request of some of those in the store, Eaton drew up his sleeve to show the buckshot in his arm, which were fired by Sabattis at the time of Eaton’s capture. Sabattis looked at the arm with reluctance, saying, “That long time ago; war time too. “After a short but friendly chat with Eaton, Sabattis shook hands and left the store and went on his way! The History of Brunswick, Topsham, and Harpswell, Maine.