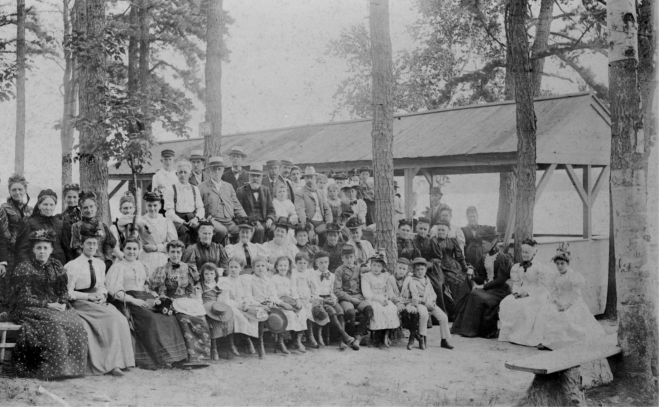 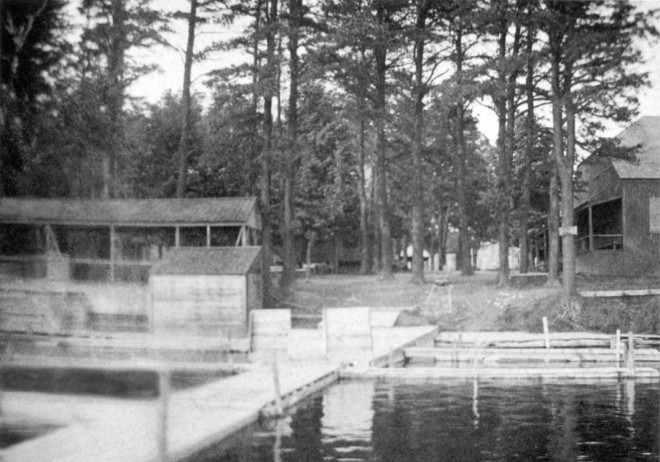 A rare photograph of the grove taken from the boat docks on the lake.

Rural Oasis updated Leonard Morrison’s Windham History and was written by a committee. The effort was actually very effective with various committee members researching and writing their sections. I was in high school and I was to write about Canobie Lake and “Granite State Grove,” which luckily had quite a bit of coverage by Will Harris in his columns from the late 1800’s. It took quite a bit of imagination to bring the old grove back to life in words, since there were so few pictures of the place. All we had for Rural Oasis was an old menu. Over the years, I came across one photo of a picnic at the grove and a couple of postcard views. Recently, David Demers and Michael Mazalewski were kind enough to provide me with some copies of old photographs to share, that added  much more detail to the faded memories of the place.  From Rural Oasis:  “Nearly fifty years before Canobie Lake Park’s conception, Windham’s amusement park, Granite State Grove, was providing a beautiful recreational area for the general public…” Canobie Lake Grove operated under various names such Dow’s Grove and as Policy Pond Grove when it opened in 1850. Abel Dow saw the most success after the Boston and Maine Railroad added a stop at Canobie Lake Station just down the road. 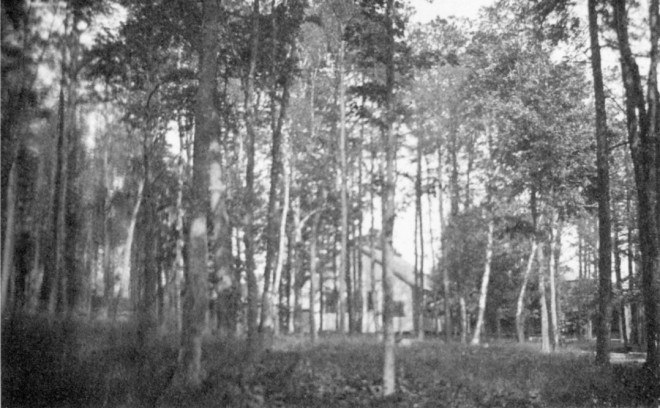 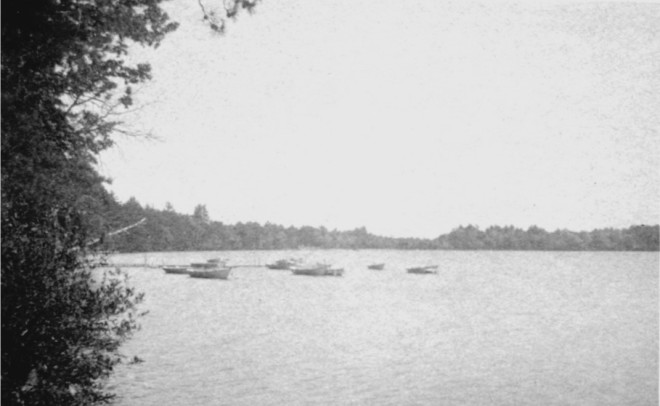 “…A refreshing swim in the lake began the day (the lake was not closed to swimming until 1903.) At the grove you could enjoy bowling alleys, a shooting alley, (yes its what it sounds like), a roller skating rink or you could “hire a boat late in the afternoon for a leisurely row around the lake.” The Dow’s had a restaurant at the grove that in 1892 offered upscale dishes such as Woodcock on toast, lobster salad and Boiled salmon and fresh peas.  The dance hall was built in 1885 and attracted the headliners of the day. The beautiful house built by Mr. William Smith in 1867 still stands on the property on the corner of Range Road and North Policy Street. The grove operated for almost 60 years until it went up in flames on July 21, 1909.