Is the “Yankee” an Endangered Species ? 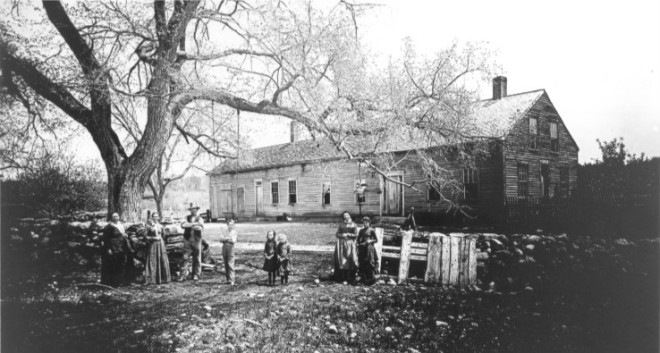 One look around today, and it is pretty obvious that the “Yankee,” with his stoic, sturdy ruggedness and independence, is an endangered species. What is a true “Yankee” you might wonder? Well Judson Hale, editor of Yankee Magazine says that “a Yankee is someone who is either native to New England or perhaps whose ancestors were.” NH Magazine Online in an excellent piece entitled, New Hampshire’s Real Life Yankees says that “Certain traits do exemplify the Yankee character: common sense, dry wit, a deep connection to the natural world and an acceptance of hardship. Yankees either have a penchant for storytelling that may stretch the truth or they’re taciturn.” The article further says, “But a Yankee preserves much more than material goods. The zeal for conservation also includes local culture, whether it’s the mom-and-pop maple syrup operations, the traditional music of the state or how town government is run.” “Hale further states in his book, Inside New England that “though frugality and shrewdness in business dealings are traits characteristic of New Englanders as a whole, I think New Hampshirites are the most frugal of all.” But is it still true? In the past, old time Yankees would debate for hours at town meeting about a 100 dollar expense. Today, the U.S. national debt is 17 trillion dollars. Where is Yankee culture in all of that. It is in this light that I present the Exeter Newsletter column from January 28, 1916, written by William S. Harris about “Thrift.”

‘There is more need to teaching children to save than there is of teaching them to give,’ was a remark made in our Sunday School lately. It was rather a novel idea, but on consideration there appears much truth to it. There are so many things, good and bad, calling for money, that the homely precepts of Benjamin Franklin on economy have been too much forgotten, and the traditional thrift of the New England character has been too much outgrown. Thrift in the poor is a necessary condition of comfort, but in the well-to-do also it is a virtue.”

“We are a nation of spendthrifts, and probably present conditions are making us more so. ‘Easy come, easy go.’ Many a well-to-do American family wastes enough to support a European family in comfort. I have heard a Westerner say that everybody in the West spends up to the full limit of his income.”

“Of course, frugality may degenerate into parsimony and become ridiculous, as in the case of Mrs. C., whose husband owned half the town, who on being solicited for a jar of preserves for a church supper asked, ‘Will I get the jar back?’ But this habit of looking after the small outgoes is one of the foundation stones of prosperity.”

“Reckless personal habits have opened the way to an alarming increase of public debts, of which the end does not appear, although statesmen are sounding the alarm. Governor McCall, of Massachusetts, in his inaugural address dwelt on the increase of his state’s expenditures, seven millions in 1900, thirteen and a half in 1910, and in 1915 almost twenty millions. His words, ‘Public expenses have been mounting with such frightful rapidity as to constitute a menace on our prosperity,’ may well be heeded beyond the limits of his own state…”

“…We get in the habit of depending more and more on the public, the state, the government, to do things things that we formerly did for ourselves. The result is that, forgetful of the fact that the public has no way to create wealth out of nothing, we become careless of expenditures so long as the money comes out of an unseen source—the public. In this way we get half values for the money spent, and debts pile up for posterity to pay interest on.”

A rather dim view of “Yankees,” is presented by the British author Frances Trollope in, Domestic Manners of the Americans, written in 1832. “…I like them extremely well, but I would not wish to have business transactions with them, if I could avoid it, lest, to use their own phrase, ‘they should be too smart for me.’ It is by no means rare to meet elsewhere, in this working-day world of our people who push acuteness to the verge of honesty, and sometimes, perhaps, a little bit beyond; but, I believe, the Yankee is the only one who will be found to boast of doing so. It is by no means easy to give a clear and just idea of a Yankee; if you hear his character from a Virginian, you will believe him a devil: if you listen to it from himself, you might fancy him a god—though a tricky one; Mercury turned righteous and notable. Matthews did very well, as far as ‘I expect,’ ‘I calculate,’ and ‘I guess;’ but this is only the shell; there is an immense deal within, both of sweet and bitter. In acuteness, cautiousness, industry, and perseverance, he resembles the Scotch; in habits of frugal neatness, he resembles the Dutch; in love of lucre he doth greatly resemble the sons of Abraham; but in frank admission, and superlative admiration of all his own peculiarities, he is like nothing on earth but himself.”

So is the final “Yankee” about to draw his last breath? I don’t know, I have to pin my hopes on the Millennials. Maybe a rejection of the rampant indebtedness and materialism foisted upon them by the baby-boomers will turn them into the new Yankees.

For and interesting look at “Modern Yankees” check out the article in NHMagazine.com “New Hampshire’s Real Life Yankees by Lynn Tryba.