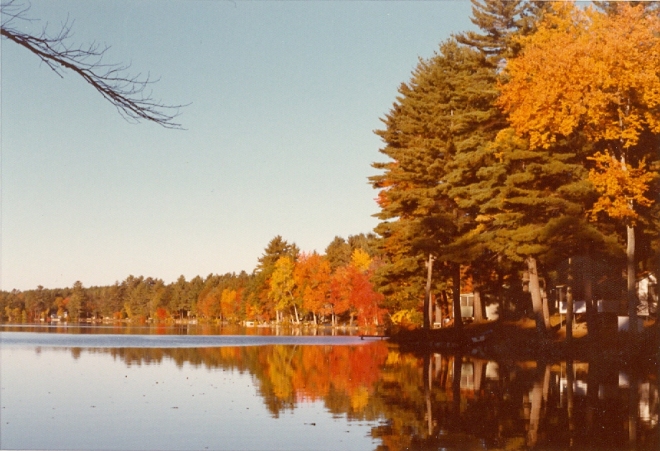 A BOLT-HOLE WHERE THE CHIEF COULD KICK BACK AND RELAX.

Willis Low was first appointed to the police force before 1941. In the early days, there was no police station so, “most of the police strategy was discussed at the homes of whichever officer was in charge of the particular case. Most of the time it was either the chief’s house or the Zins kitchen. Here would be laid the plans for speed traps, searching a home or camp for stolen goods, etc., but especially careful plans would be made for raids on stills…”

“Most police calls were received by Willis Low with his mother, Mrs. Ethel Low, taking calls and relaying the messages to the other men on duty. This was all done by telephone. You can imagine the interest the neighbors took in town affairs when they heard a cop’s number ringing. All of them were on party lines and one was a sixteen party line with all sixteen rings heard in each home. After Willis married, he of course moved all his police records to his new home on Nashua Road and that is still considered Police Headquarters (1975). His wife took over the answering service and is still on the job although the volume of calls has increased so much there is now a hookup to the police building behind the fire station.”

Willis Low remained the chief into the 1970’s and experienced the tremendous growth in calls after the construction of Interstate 93. As you can imagine, there were times when the chief wanted to escape from all of the demands of the job, which as noted above followed him home. He wanted a place where nobody could find him. Rock Pond is very isolated and really hard to find, unless you know it’s there.  He bought the Harry Simpson cottage and updated it into a modern, comfortable summer home. This is the place where he could kick back and relax out of the public view.

The Harry Simpson Cottage (1929) was remodeled by Willis Low.